The TSB has completed this investigation. The report was published on 2 September 2020.

On 10 May 2019, at 0133 Eastern Daylight Time, during the hours of darkness, a de Havilland DHC-8-311 aircraft (registration C-FJXZ, serial number 264), operated by Jazz Aviation LP as flight JZA8615, and a Rampstar fuel tanker, operated by Menzies Aviation, collided on the apron at the Toronto/Lester B. Pearson International Airport, Ontario. The aircraft was carrying 52 passengers, 3 of whom were infants. In addition, there were 3 crew members and 1 person occupying the flight deck observer seat. The passengers and crew evacuated the aircraft and were guided to the terminal building by the first responders, who included airport officials and aircraft rescue and fire-fighting service personnel. There was no fire and no fuel spillage. The emergency locator transmitter did not activate following the collision. There were 15 minor injuries reported, including 1 infant and 1 crew member.

TSB deploys a team of investigators following an accident at Toronto/Lester B. Pearson International Airport, Ontario
The Transportation Safety Board of Canada (TSB) is deploying a team of investigators to Toronto/Lester B. Pearson International Airport, Ontario, where a DHC-8-300 aircraft, operated by Jazz (flight 8615), was taxiing to a gate when it was struck by a fuel tanker. The TSB will gather information and assess the occurrence. 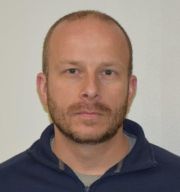 Jon Douma is a Senior Regional Investigator - Operations with the Ontario Region of the Air Investigations Branch. He joined the TSB in 2019 following 12 years in the business aviation sector, where he flew multiple jet and turboprop types and operated throughout North America, the Caribbean, and Eastern and Western Europe.

Prior to business aviation, he spent several years as a flight instructor, and has maintained an interest in general aviation since then, building and flying multiple amateur-built aircraft with his grandfather.