The TSB has completed this investigation. The report was published on 24 May 2019.

In the early morning hours on 13 November 2018 , a privately owned Piper PA-28R-200 aircraft collided with terrain at the Brantford Municipal Airport, in Ontario. The wreckage was found in the airport infield area adjacent to Runway 05. The aircraft was substantially damaged and the two occupants on board were fatally injured.

TSB deploys a team of investigators to the Brantford Airport, Ontario, following a small plane accident

Richmond Hill, Ontario, 13 November 2018 - The Transportation Safety Board is deploying a team of investigators to the site of a fatal accident near the Brantford Airport, Ontario. The TSB will gather information and assess the occurrence. 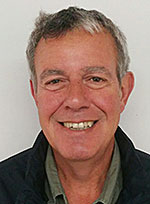 Mr. Machete left the TSB in May 1996 to go back to the airline industry, and returned to the TSB in May 2003. During his time away, Peter performed maintenance audits on airlines and did insurance surveyor work. He undertook various familiarization courses on several aircraft types and he has numerous license endorsements.